Home / All Posts / Uncategorized / Book launch a success in Helsinki

Book launch a success in Helsinki 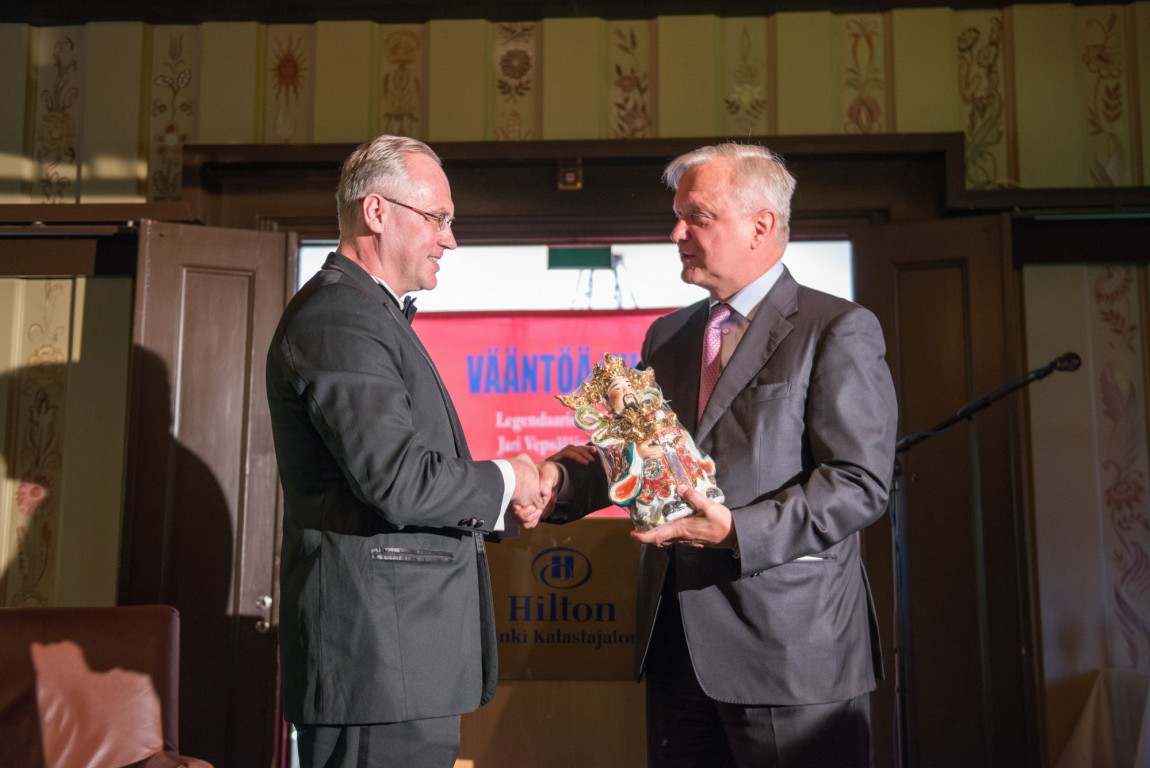 Book launch a success in Helsinki

The launch of the book on Fintrade-Mercer founder Jari Vepsäläisen’s 30 years of experience in doing business in China was successfully received at Helsinki’s Kalastajatorppa hotel on Monday 17th of August. We would like to thank all attendees, notably Finland’s Minister of Economic Affairs Mr. Olli Rehn for his opening speech and Mr. Ruben Stiller for hosting the event.

The book titled Vääntöä Kiinassa in Finnish, written by author Björn Ådahl, is also due to be published in the original Swedish-language version. It includes anecdotes of several prominent business influencers’ struggles in the challenging Chinese market over the years – many of whom candidly express how false expectations and restricted attitudes have cost them dearly during business dealings in China. In his introductory speech, Minister Rehn declared to the nearly hundred head audience that the book would serve as a “valuable business handbook for all of us working in the exports, trade and economic sector”.

During the Q&A hosted by Mr. Stiller, Vepsäläinen expressed that Finns often incorrectly presume that the concept of a ‘Finnish brand’ is known in China.  The majority of Chinese may recognise the country but have no further notion of Finnish products and brands.  Alongside Vepsäläinen, the book’s author Björn Ådahl and other business leaders featured in the book also took part in the question session.

The book is available for purchase on this website and selected Finnish bookstores.