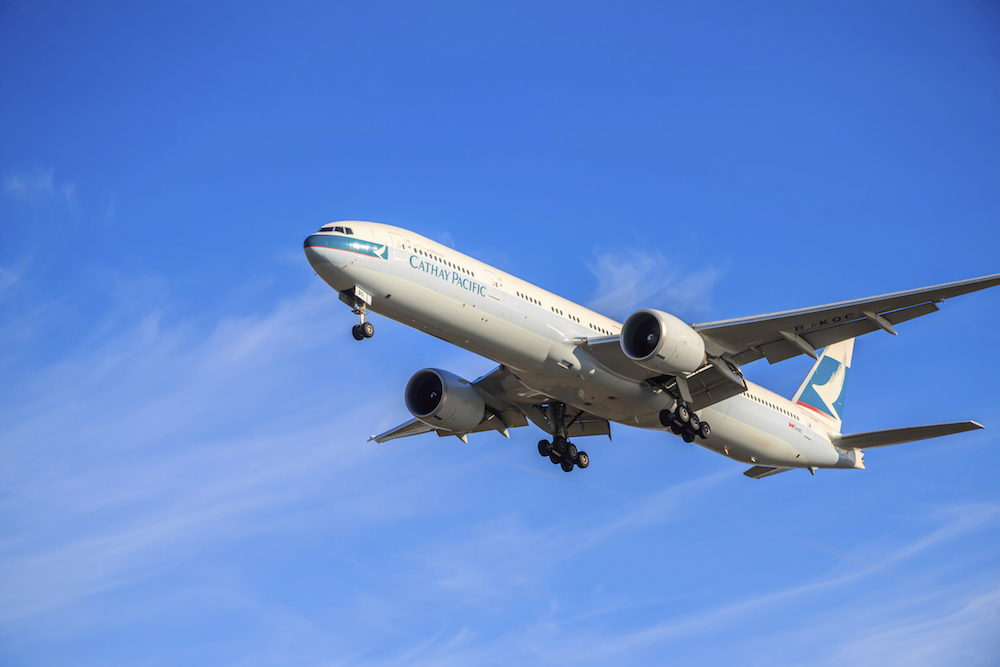 Cathay Pacific, Hong Kong’s home carrier, unveiled its new livery at an event at Hong Kong airport on Sunday, 1st of November. The airline has recently undergone a refreshment of its brand identity, which is a part of the company’s efforts to enhance its entire customer experience. The old logo and design has been updated with a fully green tailfin behind a white brushwing and an understated grey runs down the fuselage. The colour red has been removed from the livery and a new simplified trio of colours include green, grey and white.

The change cannot be characterised as particularly dramatic – it is very much a subtle update of the previous look that dates back to 1994. The Chief Executive of Cathay Pacific, Ivan Chu Kwok-leung announced: “Today represents the beginning of a new era for Cathay Pacific. We are very happy and proud to unveil our new aircraft livery which represents our journey into the future and also celebrates the many great things we have achieved over the past seven decades as the home carrier of Hong Kong.”

Mr. Chu continued “The livery is a vital part of our brand image – a symbol of the company’s values displayed on our most important physical asset. The livery represents Cathay Pacific in and out of Hong Kong and every time our aircraft take off or touch down in our network of destinations around the world.” Within 5 years the entire fleet of Cathay Pacific will be updated with the new livery, estimates the airline.